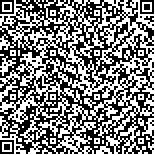 This paper proposes a method to quantify the influence and contribution rate of the Xiaolangdi Reservoir on runoff accurately. The influence of the reservoir on runoff can be quantified by comparing the runoff under the scenarios with and without the reservoir. By comparing the runoff influenced by the reservoir and the measured runoff, the contribution rate of the reservoir can be quantified. Results show that during 2000—2019, the Xiaolangdi Reservoir decreased the duration of flow cutoff events in the Lijin Section by 81. 15 d annually; decreased the annual substandard days of ecological baseflow, minimum ecological flow in the critical period, and suitable ecological flow in the critical period in the Lijin Section by 75. 25 d, 31. 35 d, and 27. 10 d, respectively; and increased the water into the sea in the critical period by 2. 371 billion m3 annually. Compared with the runoff in 1980—1999, the annual natural runoff of the Yellow River and the annual measured runoff in the Sanmenxia Section in 2000—2019 decreased by 10. 59% and 22. 15%, respectively, whereas the water consumption in the lower reaches increased, leading to difficulties in guaranteeing the ecological flow. The Xiaolangdi Reservoir has eliminated these adverse impacts and improved the condition of runoff and riverine ecosystem. The contribution rates of the Xiaolangdi Reservoir on flow cutoff prevention in the Lijin Section, ecological baseflow protection in the Lijin Section, and increase of water into the sea in critical periods are 187. 85%, 137. 32%, and 125. 83%, respectively.