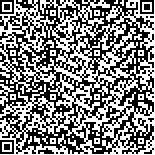 Based on the drought monitoring theory and daily precipitation data covering the period of 19612010 in Xinjiang, we compared and analyzed the effectiveness and practicability of the effective drought index (EDI) and standardized precipitation indexes (SPI) based on different time scale (1, 3, 6, 9, 12, 24month). The result shows that EDI is more superior to SPI no matter for shortterm drought or longterm drought. SPI of shortterm scale is greatly influenced by short duration precipitation, which obviously reflects the variation of drought and flood in short period in Xinjiang. With the expanding of time scale, SPI gradually loses its feedback from short duration precipitation. However, it can still reflect the obvious trend of drought and flood over the longterm scale. Like SPI, EDI can also reflect the influence caused by shortterm drought and recent precipitation. Moreover, with the time passing by, EDI is able to give different weight to everyday precipitation considering the influence to the current drought statues caused by former precipitation. Relevant researches can provide significant theoretical basis to the drought monitoring in humid and some other climatic zones.