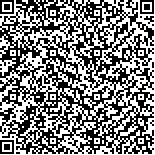 In order to study the discharge capacity of Hongze Lake in the middle and lower reaches of Huaihe River during medium and small floods, a one-dimensional and two-dimensional coupling hydrodynamic model was established for the Sanhezha section from Bengbu of Huaihe River to the outlet of Hongze Lake. The impact of key river reaches cutting beach on discharge capacity under middle and low water levels of Hongze Lake and the flood discharge process in watershed before and after cutting beach were simulated and analyzed. The results show that under the five-year flood process, the water level of Bengbu, Linhuaiguan, Xiangmiao, Fushan and Hongshantou hydrologic stations in the main stream of Huaihe River decreased by 0.02.m, 0.07.m, 0.21.m, 0.55.m and 0.70.m, respectively after cutting beach during the flood peak period, and the floodplain time decreased by 1 day, 4 days, 9 days, 9 days and 17 days, respectively. The maximum water level of Sanhezha Station in Hongze Lake was 13.33.m, which was 0.07.m higher than that before cutting beach. The discharge volume corresponding to the lake was 8.300.m3/s, which was 800.m3/s higher than that before cutting beach and the discharge capacity increased by 11%.