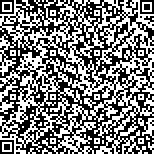 Spatiotemporal variations of snow cover and its influencing factors in upper-middle reaches of the Yalong River from 1979 to 2018
Author:
Affiliation: