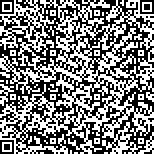 According to in-situ data analysis, the causes of eco-problem in hydro-environmental variation in recent year in Poyang Lake in the lower Yangtze River, and the effect of awidely concerned sluice gate at its outlet are discussed. It is revealed that 1)the ahead of time dry-up after flood seasons is mainly due to the reservoirs impoundment in the upper reach of the Yangtze River, that changed the runoff regime and caused an ahead-seasonal drying in water level for 2-4 m all the way along the Yangtze; 2)massive sand-mining in the outlet channel of Poyang Lake has destructed the natural hydraulic mechanism that elevated the pool in dry seasons, causing a 2 m lowering from February to march at Duchang; 3)retention of reservoirs in the Poyang basin and the general loweredsummer pool in Poyang lake also diminish the after-flood discharge of the lake(August to October), exacerbating the extreme drying especially for the lakes delta regions after season. A sluice gate at the lakes outlet can hold-up and even elevate the lakes pool, but it can also obstruct the migration of fishes for about half-year and impact the habitat and food sources for migratory birds and the water quality of the lake as it becomes an artificial impoundment from riverine regime by the gate in dry seasons. It is also worth worrying about more possible problems for the Yangtze ecosystem as a whole in habitat diversity from the gates, as dams will be thoroughly partitioned in addition to the Three Gorges dam, with more negative effect on fluvial morphology, water level in dry seasons, tidal limits and salt water intrusion. Finally, five countermeasures for comprehensive restoration of both the Yangtze and the Poyang Lake were proposed.